2016 was a year marked by exciting developments in Oak Park. The Oak Park skyline has already welcomed Vantage Oak Park and Elevate Oak Park: Vantage is a 21-story, 270-unit building located at Lake Street and Forest Avenue and Elevate is a 20-story, 271-unit luxury apartment building at the corner of Lake Street and Maple Avenue. District House, a 28-unit condo building on the corner of Euclid and Lake, is under construction. A developer, Jupiter Realty, has recently been selected to revitalize Madison Street through its proposed project, “The Bend.”

New business also grew in 2016. On Oak Park Avenue just south of the Green Line tracks, Citrine offers Mediterranean-influenced cuisine with American flair. Across the street, Spilt Milk Pastry was recently listed in Chicago Magazine’s January Hot List, a top 10 of Chicago eateries.  Hamburger Mary’s and Oak Park Brewing Company offer charity “hambingo,” delicious food and curated brews. Around the corner on South Boulevard, you will find Hit-It Fitness for group exercise and personal training. And just up the street, on northwest corner of Oak Park Avenue and North Boulevard, Yoga Loft has made its home.

On Lake Street between Forest Avenue and Harlem, Target will move into the retail space in Elevate Oak park. Coopers Hawk Winery & Restaurants will move into the ground-level floor of Vantage Oak Park. Spenga fitness studio, specializing in one-hour classes comprised of 20 minutes each of spin, strength training and yoga, will join them, adjacent to Nando’s Peri Peri.

Further east on Lake Street, Saigon Pho moved in after closing its Forest Park location. The Messy Crab, a seafood restaurant with Mexican roots and a full bar, put down roots. Novo, a chef-driven restaurant with a sustainable wine list, occupies the same block. Scratch Kitchen and Lounge, currently in Forest Park and specializing in burgers, fries and mac ‘n’ cheese, opened a new branch this month at 733 Lake Street.

Marion Street became home to La Notte Ristorante Italiano, offering a contemporary twist on old Italian favorites. Q-BBQ packed its Marion Street patio with diners in the warmer months, and 16 Suitcases opened Dec. 10, offering apparel for teens and beyond. JAYNE will open a new store at 122 N. Marion in spring. Nearby on North Boulevard, the boutique Two Story Farmhouse opened its doors offering stylish treasures, many of which support causes, while on South Boulevard, Wild Onion Brewery will be moving in soon.

In the Arts District, Happy Apple Pies, known for its delicious pies and its mixed workforce that includes those with and without disabilities, became the corner tenant in the old La Majada restaurant building at 226 Harrison Street. Finally, Sherwin Williams moved into 901 Madison Street.

”2016 was an incredible year for investment and development in Oak Park,” said John Lynch, Executive Director of OPEDC.  “Developers and business owners are recognizing our Village as the most active market in the western suburbs, and new residents are arriving every day to take advantage of what Oak Park has to offer.  We are only seeing increased interest in Oak Park as we head into 2017.”  For more, visit our website at opdc.net

The Countryside-based restaurant and winery chain, which now has more than 20 locations, including seven in suburban Chicago, signed a long-term lease for the space at 150 N. Forest Ave., where it will operate a restaurant, bar, tasting room, “artisan market” and a private events space. It also will have outdoor dining.

While it wasn’t immediately clear how large the restaurant will be, previous advertisements for the property peg the first-floor retail space at about 12,500 square feet. The typical Cooper’s Hawk restaurant seats about 300 people and has a Cheesecake Factory-like feeling. Menus skew toward American staples, such as burgers, flatbreads, grilled meats and entree salads.

Each restaurant grosses north of $8 million per year. Cooper’s Hawk, which makes its wine in Countryside from grapes grown in California, Oregon, Washington, New York and Michigan, also has one of the largest—if not the largest—wine clubs in the United States with more than 163,000 members as of December.

Its upcoming Oak Park location will be the anchor retail tenant of a new $90 million 21-story, 270-unit building developed by Golub & Co. and Wood Partners. Known as Vantage Oak Park, the apartment building also will have an immediate care center and medical offices for Edward-Elmhurst Health, which will occupy the building’s second floor.

News that Cooper’s Hawk will move into the near-west suburb comes a day after it lost one of its flagship restaurants. Marion Street Market, a 12-year-old restaurant and market at 100 S. Marion St., closed abruptly Sept. 4. The restaurant, which recently underwent some $500,000 in renovations, was recognized in the past by Michelin as a good value.

“Oak Park is adding high-rise luxury rental apartment buildings to its downtown as it seeks to capture millennials and empty nesters who have been drawn to newly built skyscrapers popular in Chicago.

The village changed height limits to allow for the construction of high-rise housing.

The goal is a vibrant downtown, said John Lynch, executive director of the Oak Park Economic Development Corp. That comes, he said, from more people living downtown along with more restaurants and activities.” 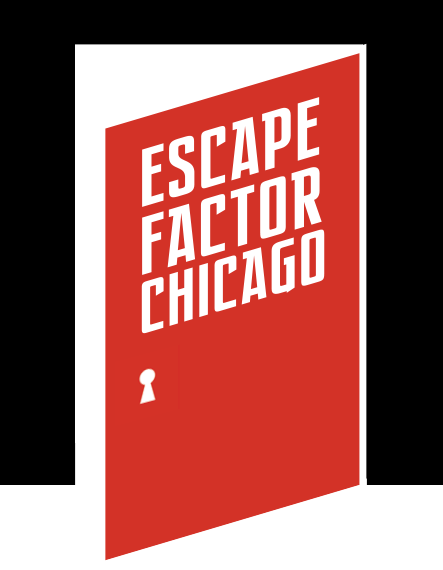 Escape Factor Chicago provides a unique 60-minute experience that allows a group of up to 10 participants explore a room filled with puzzles, riddles, and cryptic messages. The goal is to have participants work together in order to solve all of the puzzles before time runs out.

As popularity in escape rooms continues to grow across the U.S., co-owners Jonathan Biag and Dexter Cura knew it was the perfect time to introduce the concept to Oak Park. In May, Escape Factor opened its doors to provide the community with a new way to spend quality time with friends, family, or coworkers.

“When is the last time you’ve spent 60 minutes with your friends without the distraction of your electronic device?” said Jonathan Biag. “We are excited to provide such a fun family-friendly, one-of-a-kind experience in this community.”

At $32 dollars a person, Escape Room Chicago currently offers customers the opportunity to think outside the box and explore its “Timekeeper’s Trap” room, which has a 20 percent success rate.

“The puzzles in the room are intended to be hard in order to encourage people to rely on logic and teamwork to get through them,” said Dexter Cura. “It’s quite interesting to see how our customers navigate the room when they are working against time and traditional reasoning.”

Cura and Biag are working toward opening a second room by fall 2016 to provide an alternative option for those who wish to come back and enjoy a different set of puzzles, riddles and brain teasers.

Escape Factor Chicago is open from 3:30 p.m. to 9:30 p.m., Monday through Friday, and 11:30 a.m. to 9:30 p.m., Saturday and Sunday, by appointment only. The escape room is perfect for corporate events, birthday parties, or with a group of family and friends.

To learn more about Escape Factor Chicago or to schedule your next group event, visit EscapeFactorChicago.com, email info@escapefactorchicago.com, or call 708-94-ESCAPE.

The Oak Park Economic Development Corporation (OPEDC) is pleased to announce the expansion of Heritage Tile, Oak Park’s international tile business, as it plans to move its headquarters to an 8,500 sq. ft. building at 222 Lake Street by the end of May 2016.

Heritage Tile’s new headquarters will become the home of the company’s day-to-day operations, providing offices for its sales team, designers and marketing department. Its new location is vital to supporting the company’s future growth.

The warehouse will also house a large assortment of tile stock in order to meet the needs of local customers who wish to purchase tiles onsite or address immediate needs throughout the various stages of construction.

Heritage Tile welcomes its new location as it celebrates its 10-year anniversary of its historically authentic subway ceramics collection.

“We are excited to expand our business and to do so in Oak Park,” said Heritage Tile Education and Outreach Manager Liz Holt. “We plan to deepen our roots within the community and continue with our commitment to historic preservation and providing timeless designs for historical or contemporary homes.”

Its current studio and showroom at 144 N. Oak Park Avenue will remain open to the public and serve as a resource for homeowners and designers to meet with staff and work on design and tile orders.